The clock was used to check the working hours

The clock is in really good condition (!)
One key is missing
(I couldn’t understand for which fonction it was…)

Fully serviced by a professional watchmaker in June 2020, it is of course in perfect working order…


Johannes Bürk (1819-1872)
The inventor, politician and entrepreneur was born on July the 3rd, 1819 in Schwenningen am Neckar and invented the portable watchman’s clock in 1855, with which the presence of guards could be documented at certain times. Watches of this type were produced at the Württembergische Uhrenfabrik Bürk, which had been established by Bürk in 1855. From the beginning on, the company specialized in the manufacture of time recording equipment of any kind and had patents in Germany and the UK. In 1872 Richard Bürk took over the technical management, while his brother Hugo Bürk was responsible for the commercial management. Since the 1920s, clocks for railway systems were also being produced. (nlu) 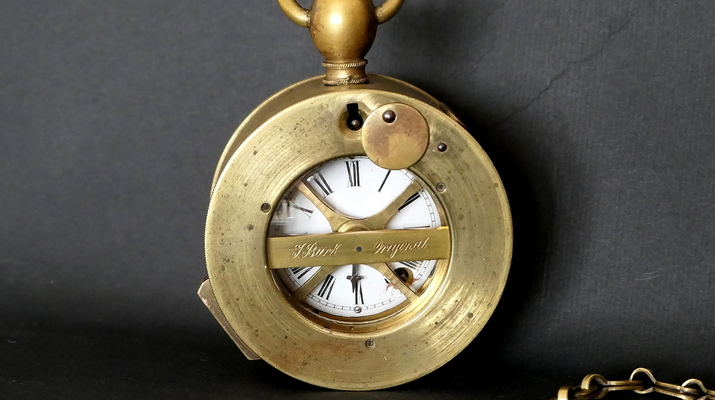 Other models of Autres