Good condition (infime traces of use).

* Pierre Le Faguays (1892-1962)
French sculptor in Art Deco style.
A student of Vibert at the École des Beaux-Arts in Geneva, he worked with various publishers including Max Le Verrier, his great friend, the Susse foundry, Etling, the nephews of J. Lehman among others.
He participated in his first exhibition at the Salon of the Société des Artistes Français in 1922. He received an honorable mention in 1926 and another honorable mention, in the Sculpture section, in 1927.
He is the author of the group, in collaboration with Marcel Bouraine, Stèle et evolution. This is the opportunity for him to collaborate with artists Sibyle May and Edouard Cazaux.
Very prolific, his work deals with materials as varied as marble, stone, terracotta, bronze, ivory or alabaster.
In Paris, he presented two groups of sculptures in the Goldscheider pavilion at the Decorative and Industrial Arts Exhibition in 1925. He also participated as an interior designer with two monumental bas-reliefs for the civil aviation hall during the 'Universal Exhibition of 1937 in Paris. 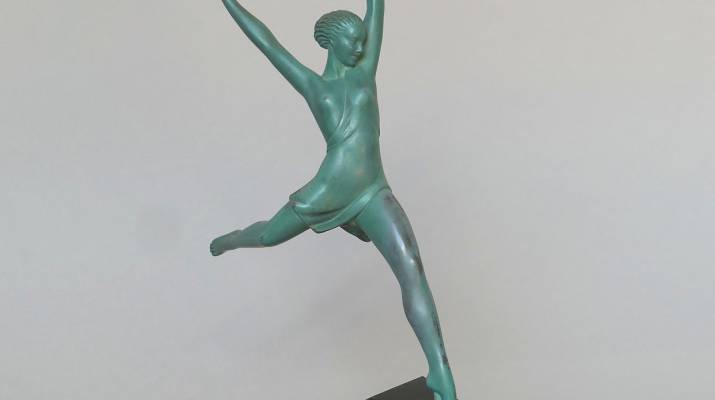