Oil on canvas Circa 1930
Signed on the lower right

The painting is very good and original condition.
No repaint nor restore. Just few traces of use on the borders, supposed to be covered by the frame.

Léon Zeytline (Paris 1885 - 1962)
Born in France from a Russian family, he studied in Moscow before returning to Paris permanently in 1909.
Lover of Paris, the painter brilliantly captured the exhilarating spirit of Paris. He made the City of Light the main subject of his work for many years.
Léon Zeytline did not take orders and only represented the Parisian subjects who captivated him, without pretension
The Paris of yesteryear opens in all its splendor and in every detail, joyful and modern, dynamic and charming, in the paintings of an artist unknown today to the general public, most of his works being kept at individuals or in museums.
Zeytline loves festive Paris, under its air of elegance a bit of rabble. In scenes representing Parisian nights and café-concerts as well as in genre scenes, women always occupy a prominent place in Zeytline's work.
They charm the gentlemen, display their seduction bluntly for their partners, have fun and sadness, watching the champagne bubbles sparkle in the light of a candlestick. They remind us of the characters of Toulouse-Lautrec, Degas, Manet or Renoir, but the dresses, make-up and hairstyles take us back to the 1920s.
Léon Zeytline managed to make a living from his paintings, which were appreciated for their artistic qualities, but also for having so well captured the exhilarating spirit of Paris.
(Source: Russia Beyond) 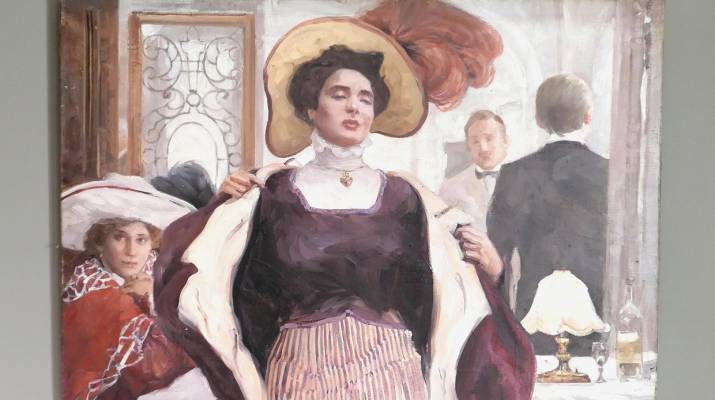