Oil on oval canvas Circa 1930
Signed on the middle right

The painting has been checked under an UV light and no repaint appeared. It’s in good original condition

After having trained in his native city and in Paris as well as in the studio of Joseph Stallaert, he became known as a portrait painter and painter of female figures and nudes with flexible and colorful lines.
Member of the Institut de France 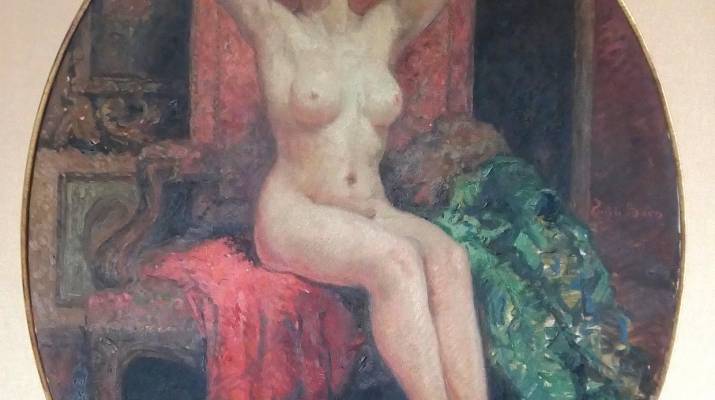