Good general condition, some stains and wear on painting, some minimal gaps and restorations.

Le Corse was built at the Lorient Dockyard between 1952 and 1955 for the French Navy.
She is assigned to the 1st rapid escort division (DER) of the Anti-Submarine Action Group (GAASM), then will be based in Brest from the end of 1959.
Le Corse is set aside on 2 November 1964
Re-armed on 9 January 1970, he later served and until his disarmament, in the 1st DER, dependent on the flotilla of escorts of the Atlantic
The escort is condemned in 1975 and the last ceremony of the colors has place January 31, 1975

PS: The model is very fragile. It is available for a pick-up in Brussels.
I can also deliver easily everywhere in Belgium or in Paris.
For any other destination, I invite you to contact me. 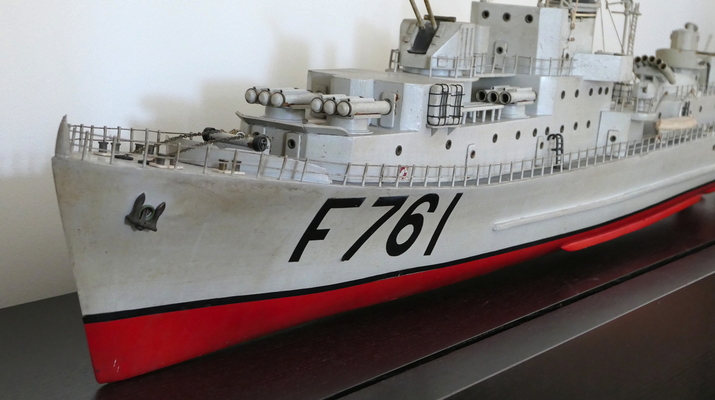