Signed M. Le Verrier on each

Perfect condition
A small dent on of the marble bases.


Louis Octave Maxime LE VERRIER was born in Neuilly sur Seine (F), January 29th 1891
Sculptor, he created in 1919 his own foundry.
He assumed to do everything by himself.
He realized many subjects and exposed with the most famous sculptors among which POMPON, HERNANDEZ, DELHOMMEAU...
Between 1926 and 1929, Max LE VERRIER created many new figures, among which our Pierrot.
Until the end, he worked and ended in hospital, three days before his death, a small panther in1973 June 6th; he was 82 years old.
(more in the french version of the site) 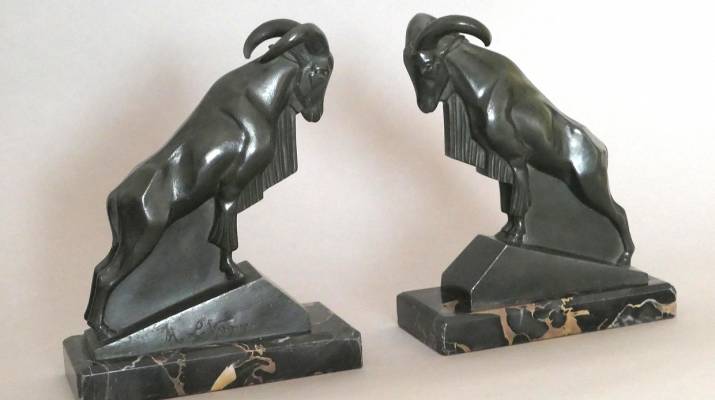