First in the “Joyaux de typography »
Limited edition of only 475 copies
This one: N° 428 on Vélin d'Arches 178 pages 25 original engravings by Michel Jamar including one on the cover, one on the frontispiece and 23 out of text
All are protected by a rothoid sheet

Editions de France of origin
The casing shows some traces of use.
The interior has some scattered foxing but remains very fresh (!)

Arthur Rimbaud (1854-1891)
Poems such as "Le bateau ivre", "Le dormeur du val" or "Voyelles" are among the most famous of French poetry.
The precocity of his genius, his dazzling literary career, his short and adventurous life contributed to forging his legend and making him one of the giants of world literature.

Michel Jamar (1911-1997)Well known for his copper and wood engravings. Michel Jamar was active in the group: Les graveurs Lorrains 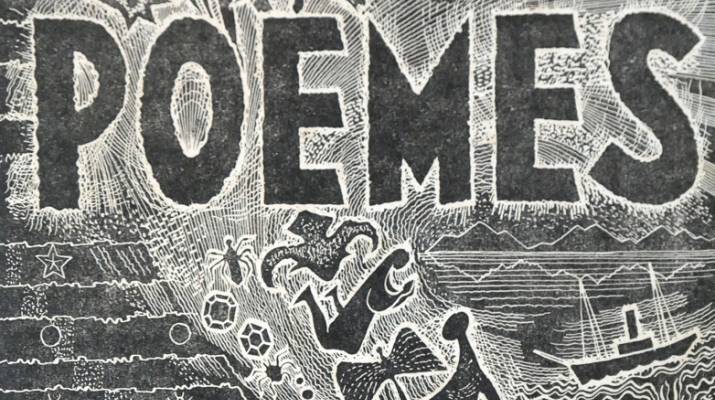