Red morocco leather topstitched with black silk on the vamp,
haped in a point on the front adorned with a red silk pompom

History
Their origin is obscure and goes back to the Byzantine times, with influences from styles imported by neighbouring tribes, including the Turks.
After the Greek independence in early 19th century, their use was limited to isolated rural areas and nomadic populations, seen by westernised urbanites as a sign of uncouthness and backwardness. In a version with reinforced sole, they remained the issue boot for the Evzone units well into the 20th century, though after the First World War were gradually replaced in active service by the standard laced boot. 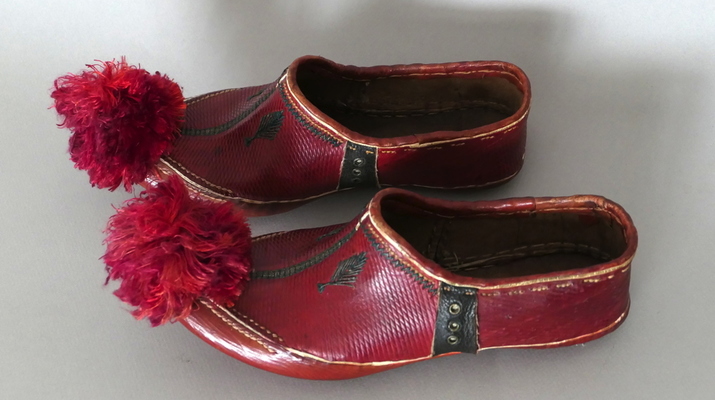