Henri Pontoy (1888/1968) entered the Ecole des Beaux-Arts in Paris and exhibited his engravings at the Salon des Artistes Français, his paintings at the Salon d'Automne as well as at the Salon of Algerian Orientalist Artists. In 1926, he was awarded a travel grant which enabled him to travel to North Africa, particularly Tunisia where he became a member of the Salon Tunisien the same year, then went to Morocco and West Africa. He lived for several years around 1930 in Ouarzazate where he met the painter Jacques Majorelle. He became a professor of arts and letters at the Moulay Idriss high school in Fèz. He won the 1933 Grand Prix of the City of Algiers. He left in 1947 with Majorelle, in Africa. He won the Cameroon Prize in 1951. His fresh, airy palette of warm colors, both in oils and in watercolors, has always met with great success. He is one of the last French representatives of Orientalism which reached its peak in the interwar period. 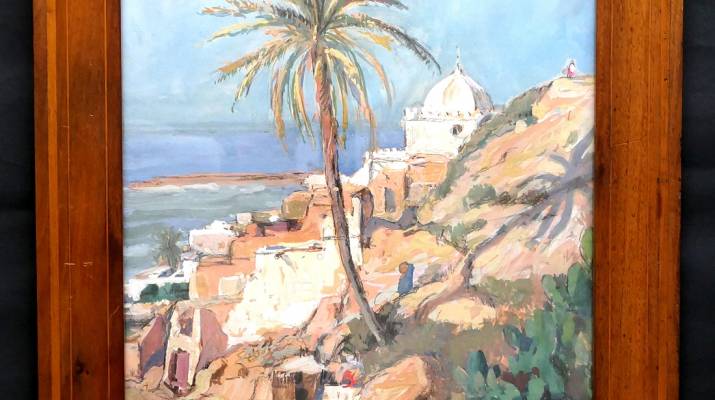