It is rare to see large-format vases by J. Gerbino.
Very rare in lamps…

This one is therefore rare and in new condition

Please note: the lampshade is not part of the lamp and won’t be included.

Jean Gerbino (1876- 1966)
Born in 1876 in the province of Messina in Sicily, he immigrated to France. In Valllauris he undertakes research for a very particular and original mosaic process for his ceramics, which took him fifteen years of work for the final development of “mosaic lands”. He won the Grand Prix de Paris in 1931 (29th Lépine Competition), and was regularly rewarded at the numerous exhibitions in which he participated until his death in 1966. With their little African-Moorish air, the ceramics of Jean Gerbino bear the mark the colonial exoticism of the 1930s; with the passage of time, they also appear as timeless curiosities, endowed with strong decorative qualities.
(Ceramics & Glass Review, no 80, January / February 1995) 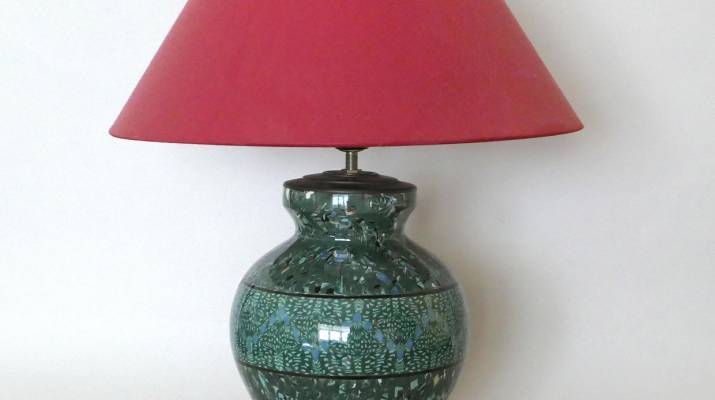